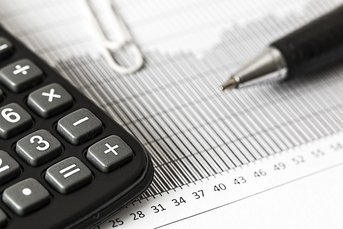 ​New tax deductions for 2012 still pending.
Starting in 2010 Partial Exclusion for Unemployment Benefits
For 2010, the first $2,400 of unemployment benefits you receive is no longer tax-free.
Sales Tax Deduction for New Vehicles
Beginning in 2010, buyers of new vehicles no longer get a tax benefit for sales tax paid on new vehicles, unless they itemize and elect to deduct sales taxes instead of state income taxes.
Credit for Energy-Saving Home Improvements
The 30 percent tax credit of the cost of energy-saving home improvements reverts to 10 percent after 2010, and is capped at $500.
Estate Tax Repealed
The federal estate tax will be eliminated for estates of individuals who die in 2010 unless Congress acts by December 31, 2009 to retain it.
Roth IRA Conversions
Starting in 2010, individuals with any amount of modified Adjusted Gross Income are free to switch a traditional IRA to a Roth IRA. Conversions are fully taxable at your regular tax rate. For conversions in 2010, taxpayers can spread the tax due over two years. Half the tax will be due in 2011, and the remaining half will be payable in 2012. Removing the limit on conversions effectively eliminates the income limit on contributions to Roth IRAs. A taxpayer with income too high to use a Roth will be able to contribute to a traditional IRA (which does not have income limits for contributions) and immediately convert to a Roth.
Domestic Production Activities Deduction
In 2010, this deduction increases to nine percent of qualifying business net income. This deduction applies to businesses engaged in construction, engineering or architectural services, film production, or the lease, rental or sale of equipment you manufactured. However, the rate remains six percent for oil and gas companies.
State and Local Sales Tax Deduction
The opportunity for itemizers to choose to deduct their state sales tax payments instead of deducting their state and local income taxes ends after 2009, unless Congress extends it.
Educators' Deduction
This deduction for classroom supplies purchased by educators lapses after 2009, unless Congress extends it.
Nontaxable Combat Pay Allowed for Earned Income Tax Credit (EITC)
The election to include nontaxable combat pay in the calculation of earned income for the Earned Income Tax Credit is not available after 2009, unless Congress extends it.
Tuition and Fees Deduction
The deduction for up to $4,000 of college tuition and fees expires after 2009, unless Congress extends it.
Direct Donations of IRAs to Charity
Beginning in 2010, the opportunity for IRA owners age 70½ to directly donate part of their IRA balance to charity will disappear, unless Congress extends it.
Income Earned Abroad
The maximum foreign earned income exclusion is increased to $91,500. This is a $100 increase from 2009. Additional Standard Deduction for Property Taxes
Starting in 2010, non-itemizers will no longer be allowed to increase their standard deduction by up to $1,000 of property taxes paid, unless Congress extends this break.
Section 179 Expense Deduction
The maximum amount of equipment placed in service that businesses can expense drops by nearly 50%, to $135,000 from $250,000 previously.
Limits on Deducting Farm Losses
Beginning in 2010, the amount of farm losses you can enter to offset nonfar